Leadership in the Modern Age

Leadership in the Modern Age

Leadership in different contexts, my professional and personal life, is something I often find myself wondering about. Particularly because, I believe the idea of what leadership is (or should be) has evolved to a point where simply making a choice and charismatically insisting people follow you often just doesn’t feel right to them.

With that being said, there are often instances where perceived leadership is what drives many people to make decisions and run with them – in an attempt to make people follow. Now there is nothing wrong with this in theory, however as a Business Analyst, millenial and avid questioner I am often in a position where I want more answers.

This is where leadership comes into play. It is more than choosing a path and instructing people to follow. There is a great art in subtlety and making people WANT to follow you. If you’re anything like me, you like autonomy and the ability to have a choice in almost any situation. More on that later.

In my professional experience, managers who have shown qualities that invite rather than instruct have been the most successful. People want to follow ideas and principles they can believe in. Documenting processes is great and all – but what is being done to make people want to follow those processes?

Leading by example is probably one of the easiest ways to inspire and make a difference in someone else’s life. One of of my life goals is to follow many great examples and become an example to others in the right way.

Autonomy: “The ability to self-govern and make your own uncoerced decisions.“

This is huge deal for millenials, and in my experience for later generations too. Removing people’s choice from a situation not only limits creative juices but almost always results in less buy-in to concepts or ideas. People like choice, that’s why going shopping can easily take 2x longer than it should – as you’re deciding which cereal you should get this time (the answer is Coco Pops).

Choice. Such a simple concept often removed from too many equations. When given the chance, people will likely choose what feels right to them. Removing their ability to do that will only hurt you as a leader in the long run.

Let us lead by inspiring – not by instructing. 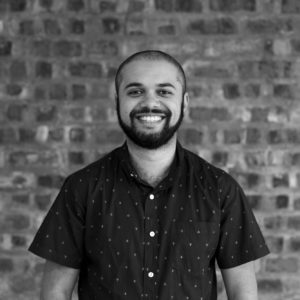